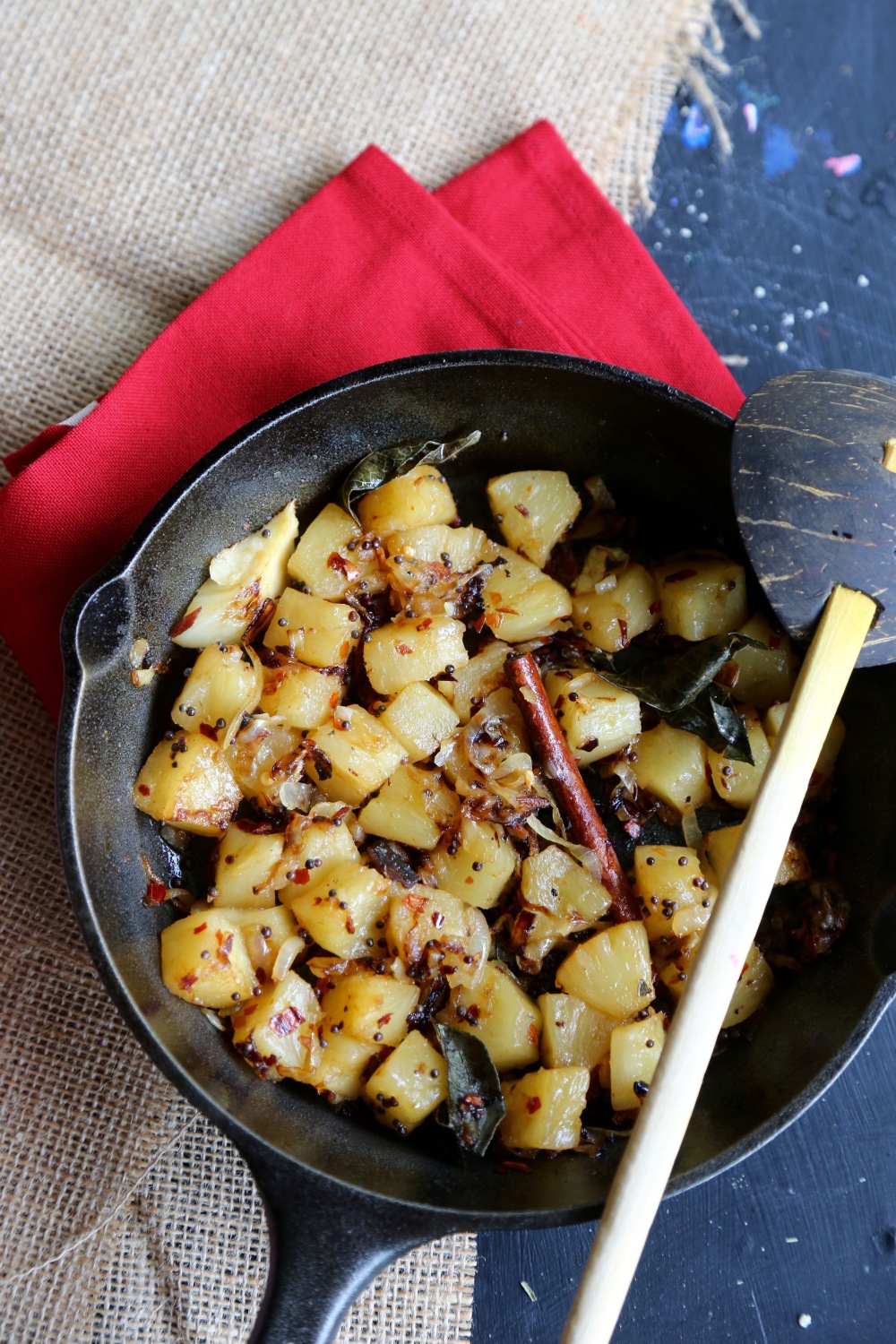 I’m a firm believer that when you’re going to do a Sri Lankan feast, like all good Asian food you need the bastions of sweet, sour, salty and spicy present. As we eat with our hands and mix rice with the curries, it’s important, not that all of these elements exist in a single dish, but that they exist on the table itself.

Pineapple curry often helps fill that little sweet spot, and a little on the sour notes too. Often made with coconut milk, this version is all about caramelised onion and pineapple. Its also simple enough and quick enough that it could make an appearance on a weeknight!

In the medium frypan add the pineapple (with the juice), the brown sugar, salt and cinnamon. Cook over a medium heat until all the liquid has evaporated and the pineapple begins to caramelize.

To the frypan add the oil, and the remaining ingredients. Fry over a medium heat until the onions are golden brown and caramelized. 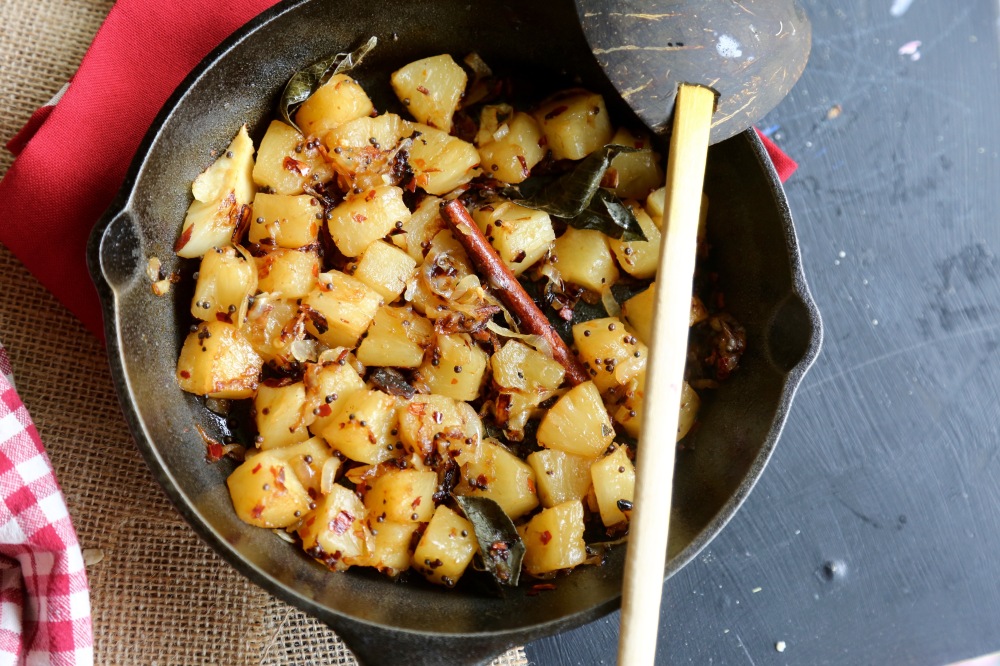