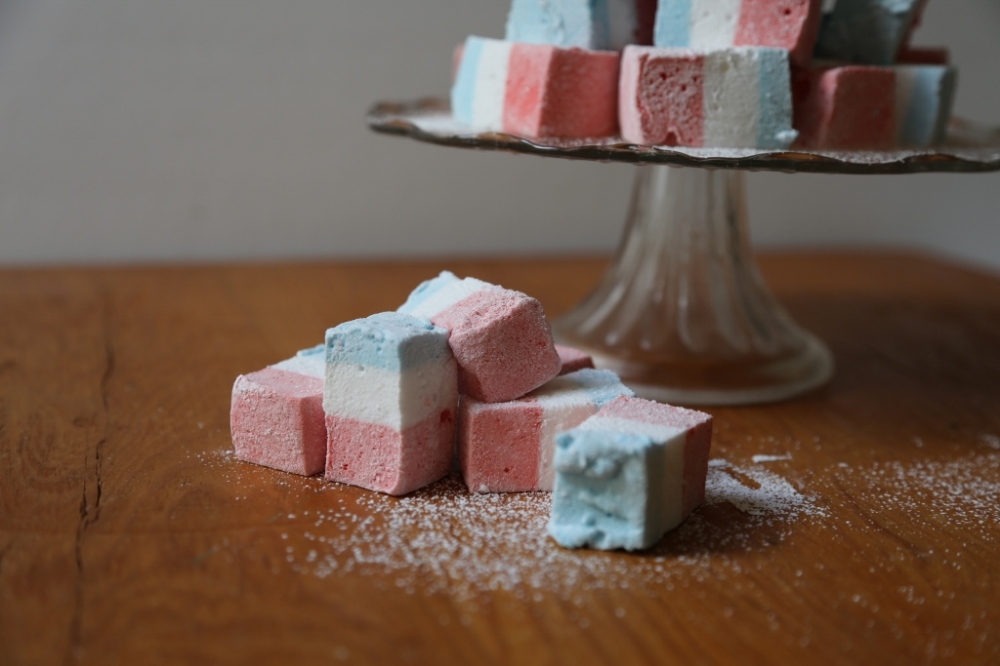 While we were recently overseas in Australia, my son became quite the babycino connoisseur. For those outside Australia, a babycino is basically frothed milk served in an espresso mug with a dusting of cocoa and sometimes marshmallow on the side. If I was having a coffee, he would insist on having one himself. The first time he got a marshmallow, I was worried. My son is super active, what would he do with that extra hit of sugar? Turns out I didn’t need to worry, he took one look at the marshmallow, squeezed it, sniffed it and threw it on the ground. I don’t blame him, I can’t remember the last time I ate a store bought marshmallow. I find them dry, floury and usually tasteless.

My mother always made marshmallows at home. Soft, pillowy ones in a variety of colours. It’s something I’ve taken to doing too, as they’re sure to impress and they’re super easy. A couple of years ago, I boxed red and green marshmallows and gave edible Christmas gifts for friends.

This weekend is Labor Day weekend in the US. Traditionally a day to celebrate the American labor movement, it has also come to mean the unofficial end of summer. Next week the kids are back at school. Most locals celebrate with BBQs, trips to the beach and in our neighbourhood a BBQ and street party. This will be my contribution to the event, some pillowy soft marshmallows. Labor Day parties tend to be themed red, blue and white, so are my marshmallows.